I ate at this restaurant twice before with no problem. Chicken breast sandwich, plain, gluten free bun, tomato, nothing else. This time I ordered it with pickles. Could the pickles have made me sick? Was there some cross contamination with them? Was the grill contaminated this time and not last time? Or did I get such a slight bit on contamination in the past I just put it up to something else?
This time;
Day 1 - Headache within minutes of eating.
Next day big tummy problems and lots of bathroom visits. Pain in abdomen all day. Like a stomach virus where the pain kind of floats around and bites hard. Hardly eat anything all day. Had to lay down.  Drank a lot of water
Day 3 -  Still have stomach pain. Especially bad after eating. Ate some pineapple for breakfast, avocado & hummus on Udi's English muffin. A lot of pain after eating. Skipped dinner. Ginger tea. Water.
Day 4 - Pain gone, very tired. Starving! 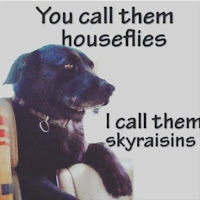 And that's my gluten reaction. I wish I could know how the contamination happened. Was this a lot of gluten that hit me so hard or just a bit of cross contamination?  There's only one way to find out and I'm not going there!

How does gluten hit you?
Posted by Aimlesswriter at 12:47:00 PM No comments:

When People Try to Feed You

I think one of the hardest things I face is when people try to feed me.
Since I've been diagnosed for well over 10 years, I have most of the diet down, but the part where people want to feed me ....

People at work know I'm Celiac and when the bagels and donuts come in, I have my own snacks in my desk drawer if I want to eat. No problem!

Every now and then someone goes out of their way for me and brings in something they "think" is gluten free. My heart swells with joy, they're such wonderful, thoughtful people. And now I have to either tell them I can't eat it or pretend I ate it and lie. Either resolution is uncomfortable.

Some want to cook for me and then we have to have the whole cross contamination issue talk. It usually scares the heck out of them and they back off.

I think its strange that people are so set on feeding me. Believe me! I don't look like I'm starving! ;-)  I think sometimes its hard on Celiacs that our society is so centered around food. So, here we face another holiday season where the food will flow and people will say, "Oh, I'm sorry you can't eat this. It must be so hard."  To which I reply, "You see cake, I see a stomach ache."

If you want some good gluten free recipes check out DishingDelish.com
Posted by Aimlesswriter at 10:55:00 AM No comments:

A Cheerios ad popped up on my Facebook page and, of course, I read the comments.  Every single Celiac on that feed reported problems when eating Cheerios.

Cheerios has a great website where they explain the process of removing gluten from the oats before making the cereal. It's a great process, but obviously, by the amount of reported reactions, it doesn't work. 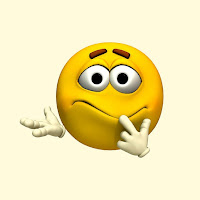 I suggested they find oats from dedicated fields if they want to put the words Gluten Free on their boxes, but at the amount of Cheerios they sell, that might not be cost effective. When I read that bit about 20 ppm is okay, i cringe. Okay for who? Who made up that number and decided it was a good limit?

Too bad, I used to like Cheerios. And Raisin Bran, Life Cereal, and Pop Tarts. Oh! Pita Bread!


I've been diagnosed since 2003 and I've seen a lot of new products pop up over the years. Being gluten free in 2003 was a lot different than it is now. Back then I had to have my health food store order gluten free products for me. Now I can pick them up at my local grocery. It's a different gluten free world so I believe there will be gluten free pita bread someday. I'm waiting....
Posted by Aimlesswriter at 6:01:00 AM No comments:

Cooking is not my forte. I only cook when I have to, which is probably a couple times a week. Maybe food made me sick for a long time (before diagnosis) that I stopped looking at it as a desirable thing? Yes, I've learned about Celiac safe food and cross contamination, but still something holds me back from liking to cook.

When I do cook, I need easy to follow recipes that are gluten free from the start.
Here's a few places I stop by to find the good GF stuff to make.

Dishing Delish; This site makes my mouth water; http://www.dishingdelish.com
The Spinach balls were the best!!!

Cooking Gluten Free; Years and years of GF recipes are on this site. http://cookingglutenfree.com 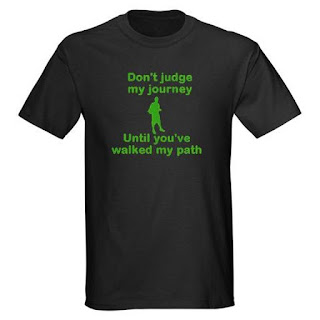 Posted by Aimlesswriter at 2:15:00 PM No comments:

During the holidays it's especially hard to avoid gluten. Last week at a party they were making some kind of martini looking drink with, what I thought was, sugar and cinnamon around the rim. I wasn't going to try it. I don't drink a lot and I never drink if I have to drive home. But I had worked a long day, had a lot on my mind and when someone walked up holding one of these yummy looking drinks and said, "Oh my God, these are so good. Take a sip."

I did. Put that pretty little drink to my lips and sipped. Then I realized it wasn't just sugar and cinnamon on the rim. So I asked. 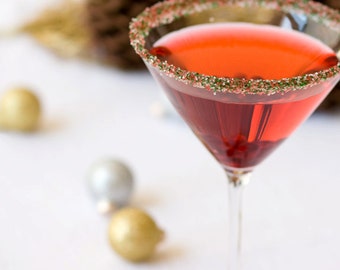 My gut clenched in anticipation of what was to come. . . . the theme from "JAWS" started in my head.

Over the years my gluten reaction has changed a bit. I guess, as my gut healed from years of  eating gluten (before diagnosis) it has more of a "defense?" But I did know i was going to get some kind of sick so I left the party. Behind me I hear the woman who offered me the drink say, "This gluten thing is so hard."

The heart burn came first as I was driving home. A slow burn getting worse with each minute. Stomach cramps, headache, & everything ache hit soon after. Blah.

My gluten remedy? Ginger tea with honey. (I've read honey helps but I don't know why) and probiotics. I also drink water to flush the gluten out. Not sure if any of this does much good, but I think it helps some.  I really believe only time can heal a gluten attack.

It wasn't the worst reaction I've had as I only had the crumbs from the rim, but it was a good reminder. Then I remember I didn't even check the liquor that was in it. There could have been gluten there, too.

Never let down your guard. Especially during the Holidays when gluten is everywhere!

Anyone have a better gluten attack treatment? What helps when you've been hit?
Posted by Aimlesswriter at 6:39:00 AM No comments:

Sometimes I feel like crap and can't figure out why.
Things like this recall on Gluten free turkey meatballs and what happened with Cheerios makes me want to grow my own food and become a hermit.
Check out the recall here.  I buy these at Costco. 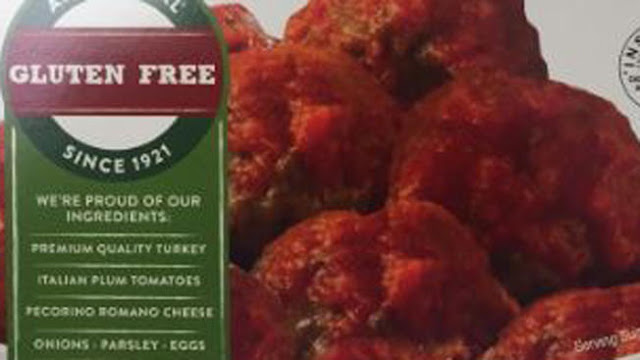 Posted by Aimlesswriter at 8:05:00 PM No comments:

I was skeptical. I get very sick on gluten and it can put me down for 3 days. It's horrible and I do anything to avoid it. So when I heard about Gluten Free Cheerios I had mixed feelings. Could it be true??? Could I trust it?

If you go to the Cheerios website, you'll see detailed videos about how they make Cheerios gluten free. They test to keep it under 20 ppm as according to the FDA.
It was interesting but I still wasn't sold. So I turned to the Celiac community for insight.

Gluten Free Watchdog  wasn't too keen on the safety of Gluten Free Cheerios.

Gluten Dude was a little more forthcoming but not exactly positive.

So I reached out to a friend from Sea Shore Celiacs, a support group in my area. One member, a very sensitive Celiac, did a Cheerio Challenge. She ate 3 Cheerios one day, a few more the next, and built up to a whole bowl without getting sick. Then my daughter tried a bowl and was fine.

I've had them for dinner for the past two nights and I'm feeling fine, too.

Like any processed food we try, there is always a chance of the labeling not being exactly honest or the fact that 20 ppm is way too much for Celiacs. How do we know for sure? 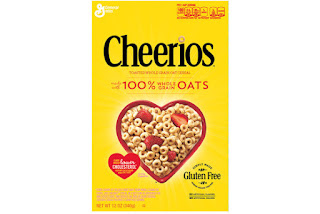